Canyons of the Ancients 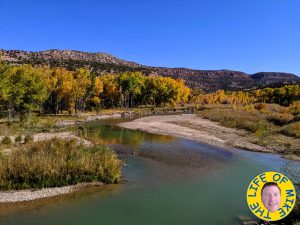 Fall colors along the Dolores River

We didn’t have much of an autumn in Denver this year. When I missed autumn in Europe too, I decided to take a trip down to southwest Colorado to see if I could catch the end of the season there. As luck would have it, we caught the fall colors in their prime.

Normally I avoid the interstate in favor of smaller roads, but because we had a long way to go in one day so we took I-70 over to Grand Junction and cut down from there. Highway 141 through Gateway, CO and all the way to Dove Creek is one of my favorites. It starts by following the tiny – and frequently dry – East Creek as it cuts through the layers of rock on the north edge of the Uncompahgre Plateau. I feel a very strong energy in this area and I’m positive it was a migration route for ancient Native Americans. The road continues through spectacular scenery and a few small towns, with the occasional sighting of hard-working locals. 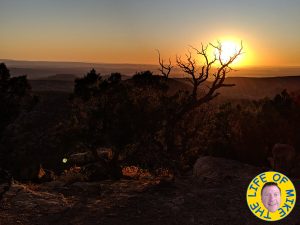 Moki and I camped on a ridge overlooking Canyons of the Ancients National Monument. This monument has the most archeological sites per square mile of any place in the United States and has been inhabited for more than 10,000 years. I’ve been wanting to go here for years and when we passed it on the way back from our White Rim Road trip earlier this year I vowed I would return soon.

The canyon is a spectacular place to hike and the weather in October was perfect. We only saw a couple people our first day but the energy of past people was palpable everywhere within the canyon walls. The first day we started at the top and hiked 5 miles down and 5 miles back. The hike back up was pretty brutal and the next day we started from the bottom instead and made a loop through a canyon to the west. That route was much more enjoyable and again we only saw a few people.

On the way home we camped in the mountains southeast of Pagosa Springs for a night so I could hit the hot springs in the morning. It was threatening to storm the next morning so when I heard drops on the tent at 4:30 we packed up and headed into town for a soak. We hit a pretty bad snowstorm driving over 10,857 foot hight Wolf Creek Pass, but made it through before they closed the highway. The rest of the drive home to the Colorado Front Range was relaxing with no issues. 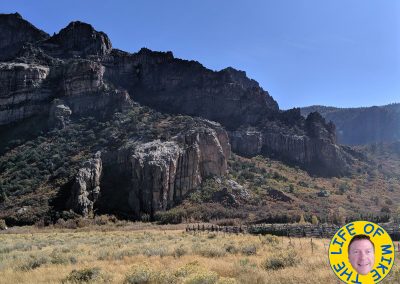 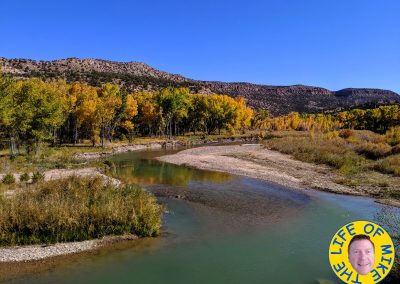 Fall colors along the Dolores River 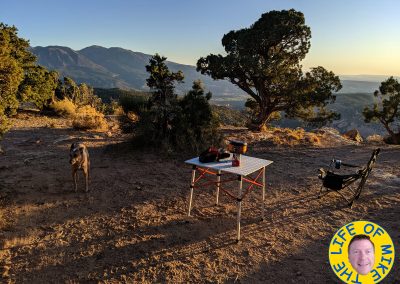 Campsite over the monument 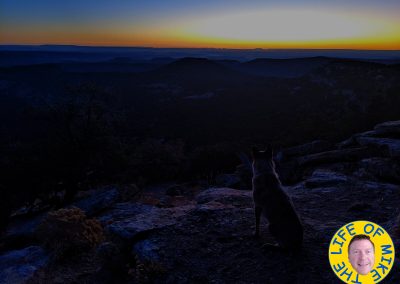 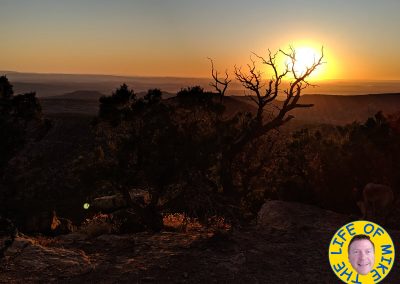 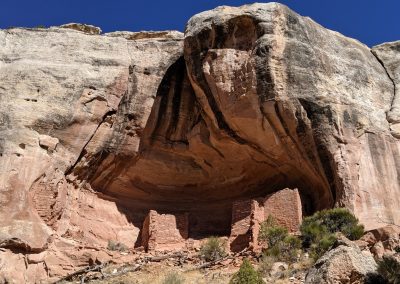 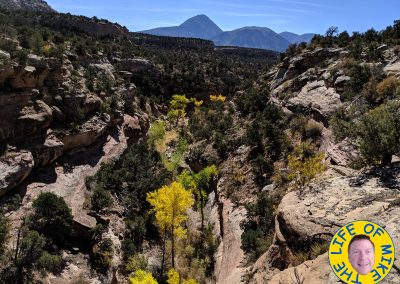 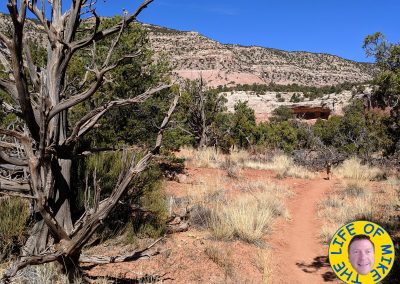 Moki on trail with ruins behind 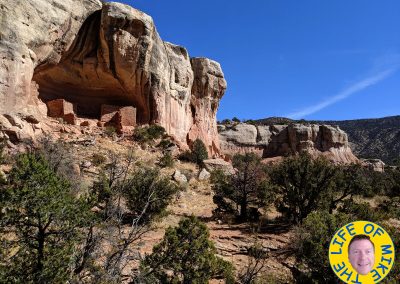 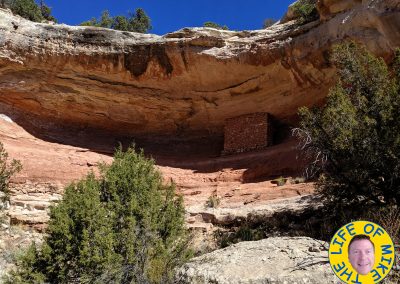 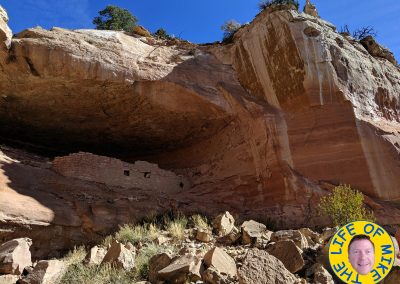 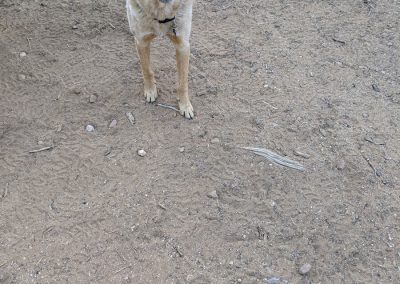 Moki with her chew toy 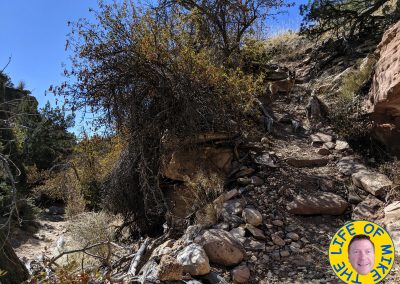 Moki starting the steep climb back up the trail 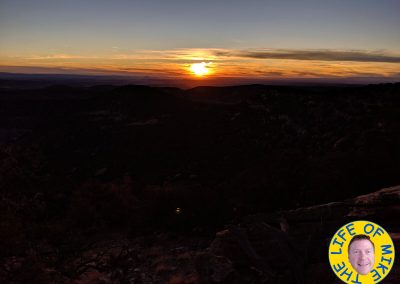 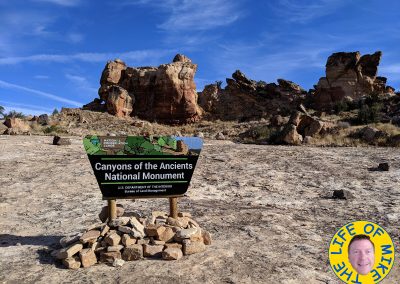 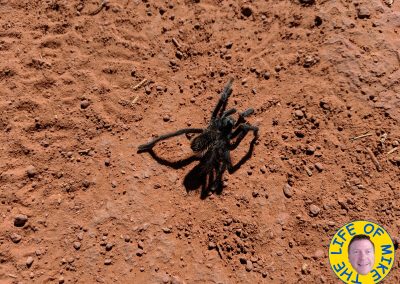 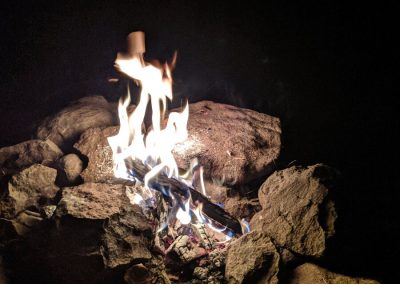 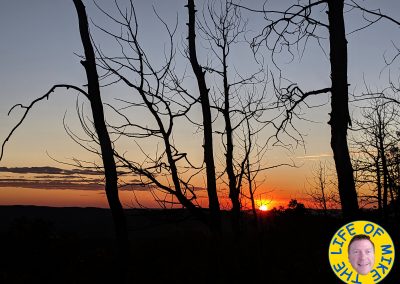 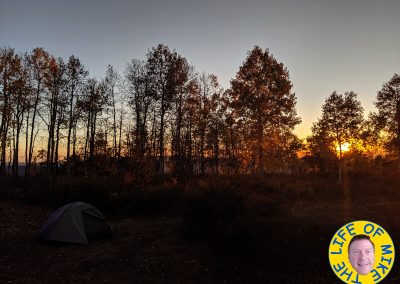 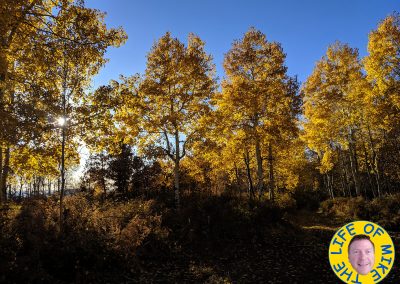 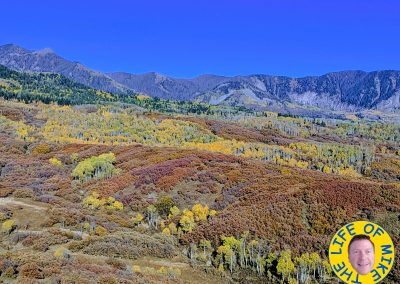 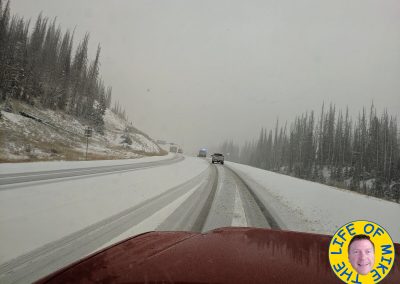 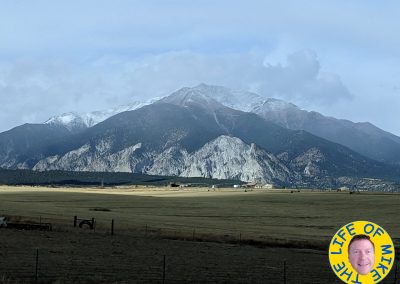