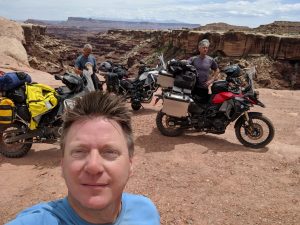 Rod, Rand and Me on the White Rim Road

I’ve wanted to ride the White Rim Road for over 20 years. Back in the day when we were all young, a couple different groups of friends rode in on mountain bikes with a support vehicle. For whatever reason, I wasn’t able to join them at the time, but I knew I would some day. So here I am in 2019 with Randy and Rod on motorcycles completing the trail in just one day.

The plan was actually to take 2 days with a night of camping at the White Crack campsite at about the 40-mile point and a second night at the 90-mile point. But the Green River was rising quickly with late spring snowmelt that could block us at the 85-mile point where the river backs up a side canyon and blocks the trail. That would mean an 85-mile return trip and we didn’t want to do that. So since we got to our campsite early and it was windy and hot with no shade, we made a group decision to forge ahead. Good thing we did too.

Just before we got to the stream crossing we ran into a group of guys that had just passed though in 4Runner and said it was 2-3 feet deep in spots. That was a releif because we figured we could make it though that.  A quarter mile up the trail we reached the crossing and water was flowing in. Rod headed straight in and got bogged down in the mud. He also most made it, but coming out the other side his traction control cut power to the wheel and he lost all of his momentum. We were able to pull him out relatively easily and Rand and I walked out cycles across with the engine helping along the way. Good thing we decided to get past the wataer crossing this day, because 24 hours later the water was 4-feet higher where I’m standing. That was certainly and adventure.

The rest of the trip was great too. On the way to Utah, we left Denver on the June 5th, had lunch in Buena Vista and went over Independence Pass. The snow still left up on the pass was incredible. Last year this time there was none up there. After that we went through Aspen, around Carbondale, stopped at Redstone for a beer, over McClure Pass, stopped in Paonia for a beer and stayed at a motel in Cedaredge. The next day we went over the Grand Mesa, considerd the largest flattop mountain in the world, and an absolute must for any motorcycle rider. Next we went through Grand Junction, through the amazing canyons around Gateway, took a gravel shortcut over to the Paradox Valley and then cruised past the LaSal Mountains, out to the Needles district in Canyonlands National Park and then into Moab.

After the White Rim Road, we had planned to stay in a house in a private canyon for 3 nights. But the stream crossings to get to the house were impassable due to the increased water flow seen in the entire region. So we spent a couple nights in hotels in Moab and cruised the LaSal Mountain Loop. That night Rod and I went over to Arches, toured around and exited through a dusty gravel road that almost brought us to I-70 to the northwest. The next day we headed out to the south and ended up camping in Natural Bridges National Monument. We had a great day just lounging around camp and relaxing amongst the shade of the cedars.

The morning after camping we ran into a couple of guys from Serbia, Igor and Slobodan, that were touring on a couple of old KLR 650s. Two really great guys that had a passion for life. Slobodan works for 6 months as a taxi drive in Australia and then takes 6 months off each year. Igor has been traveling throughout the world for the past 10 years. He’s seen some pretty amazing things and I hope our paths cross again and we have time to talk some more.  Igor has a website with posts about his experiences. Take a look: ImJustRoaming.com 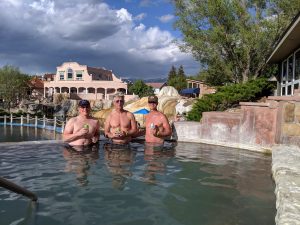 The last two legs of our trip were from Natural Bridges to Pagosa Springs for a night and Pagosa back home. In Pagosa Springs we soaked in the hot springs and were rejuvinated by the minerals in the waters. We were also rejuvinated by the burgers at Riff Raff Brewing. The next day we looped down through northern New Mexico to Chalma and then back up to Colorado at Atonito. These are the towns at either end of the Cubres and Toltec Scenic Railroad which takes you on a 64-mile route that crosses back and forth over the Colorado and New Mexico border. The last stretch we hauled ass north through the San Luis Valley and continued on Highway 285 down into Denver. All in all it was a fantastic trip. Over 1,600 miles in 7 days of laughing, relaxing and enjoying life with good friends. It really doesn’t get any better than that. 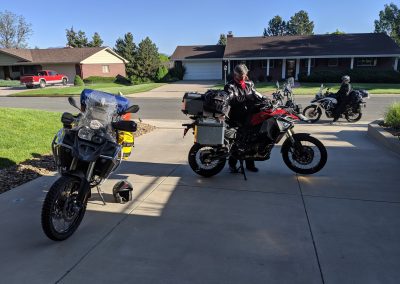 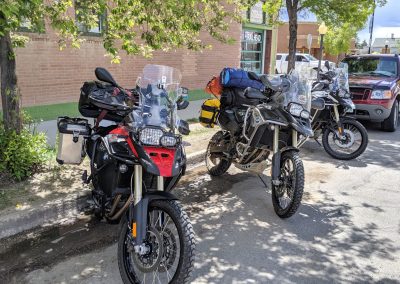 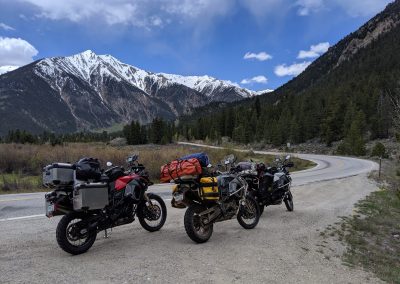 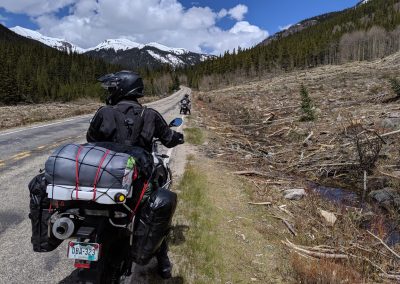 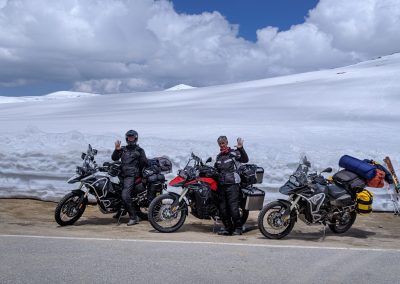 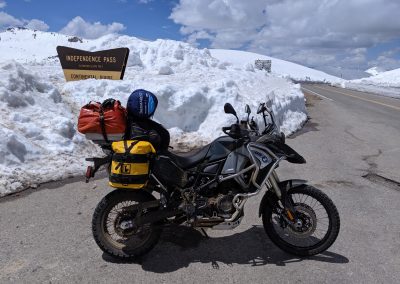 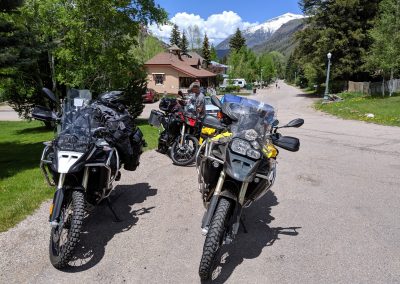 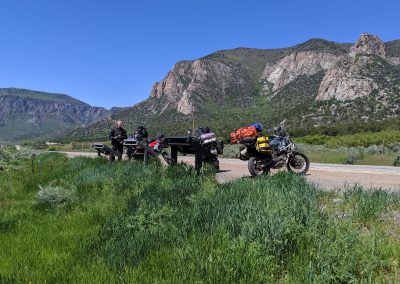 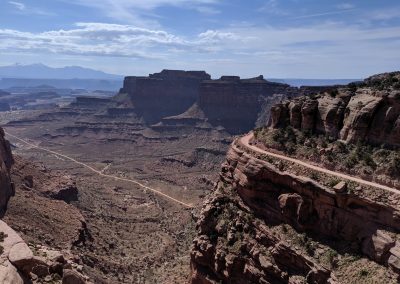 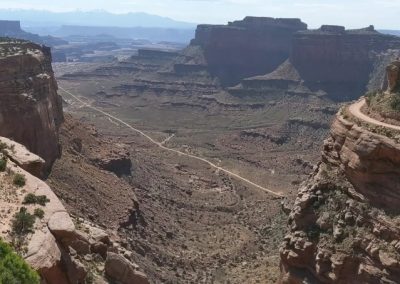 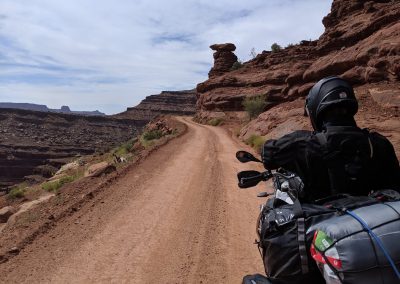 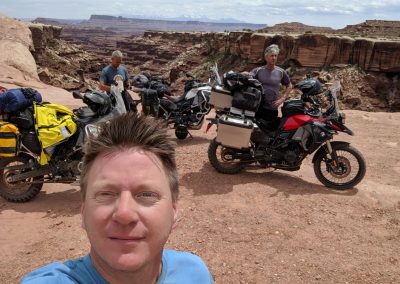 Rod, Rand and Me on the White Rim Road 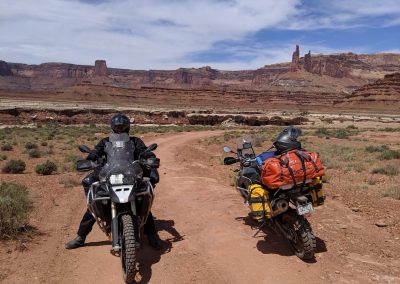 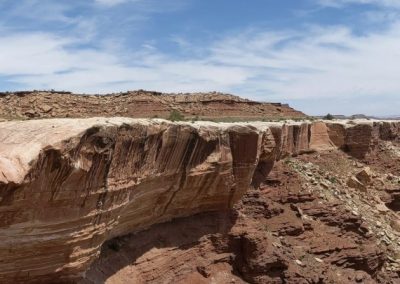 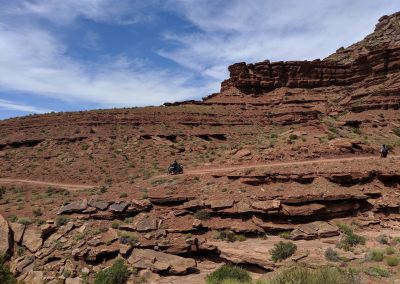 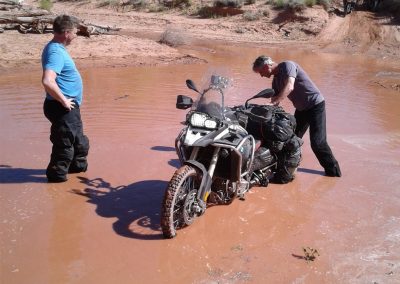 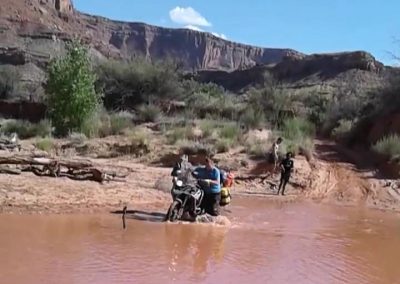 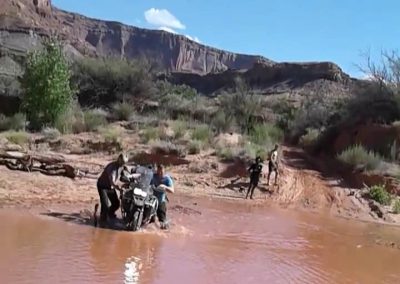 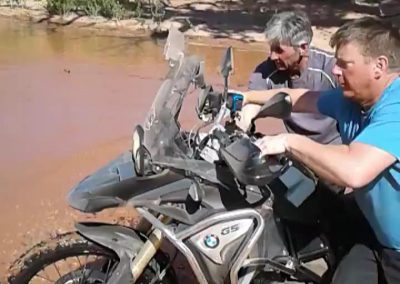 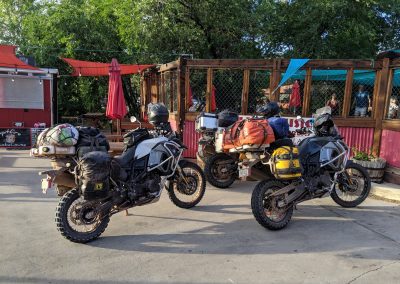 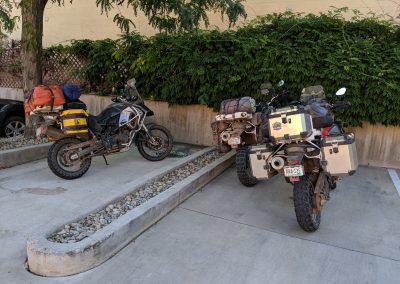 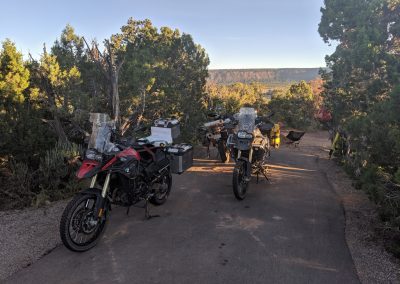 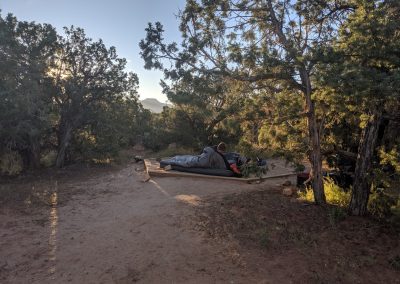 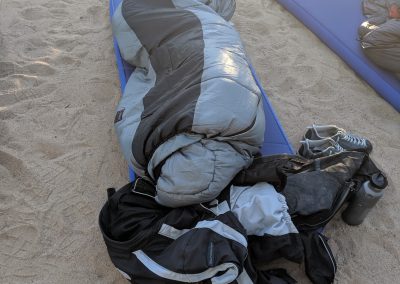 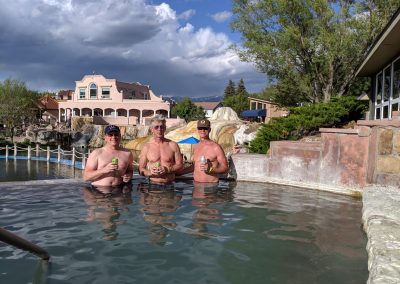