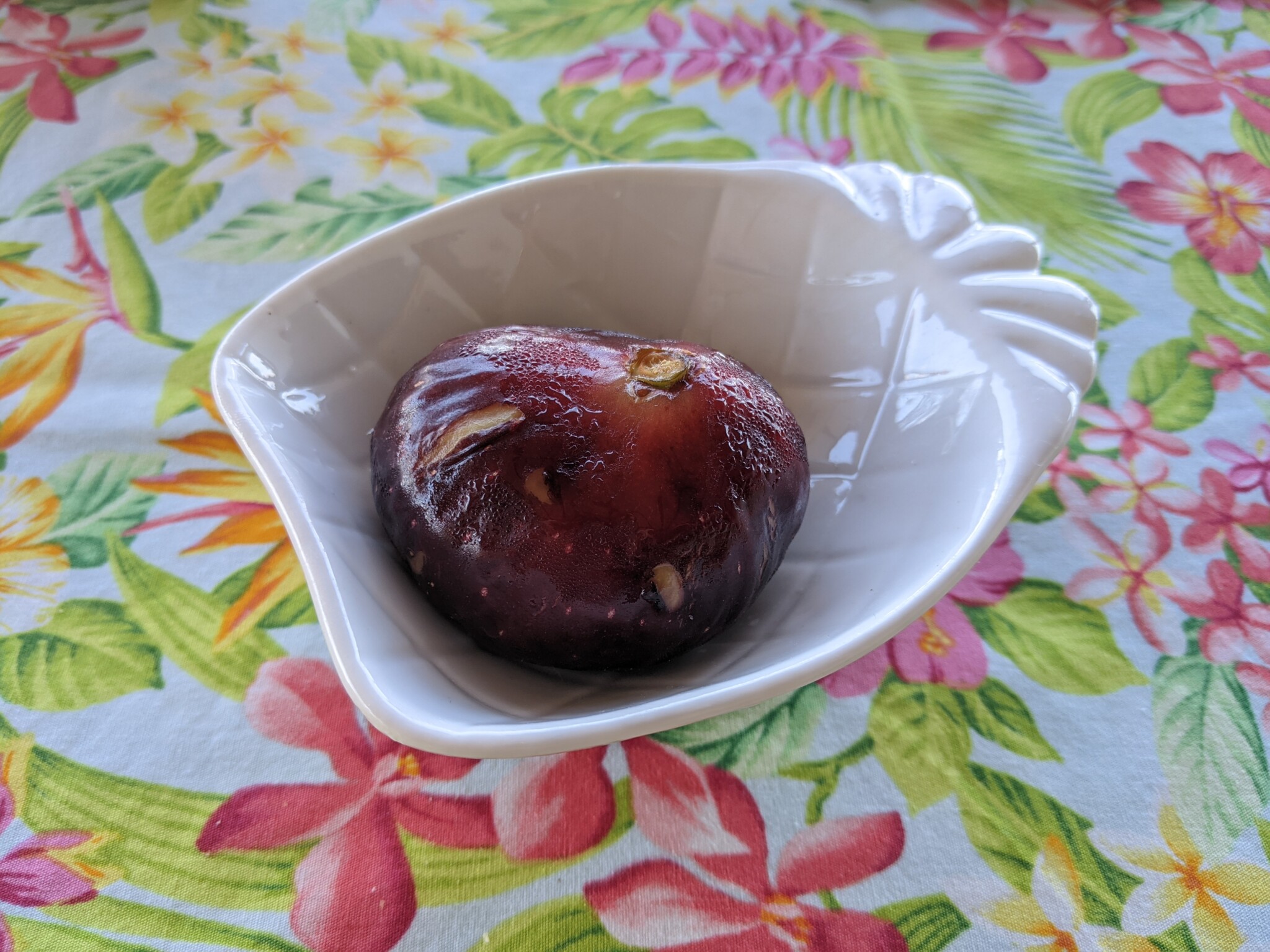 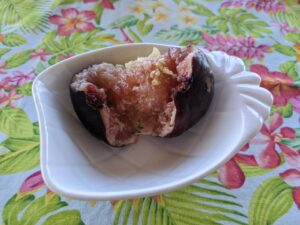 This morning I was served a piece of fruit with my breakfast. I didn’t look at it closely until my host had already walked away. When I did see it, I realized I had no idea what it was or how to eat it. Was it like passionfruit that you crack open and just eat the jelly and seeds inside? Or was it like an apple where you just eat the outside. After looking at it for a minute I decided I wasn’t going to figure it out on my own so I might as well ask. I walked over to the office and called into the kitchen for my host Reva. When she attentatively popped right out, I asked “I don’t know what this fruit is.” Immediately she started trying to think of the name in English and seemed frustrated that she couldn’t come up with the word. “That’s okay, I just want to know how I eat it. Do I just eat the inside?” I asked.

“No, the whole thing,” she replied with a relief that she didn’t have to come up with the right word.

“The outside and the inside,” I asked, pantamiming taking a bite of the fruit. 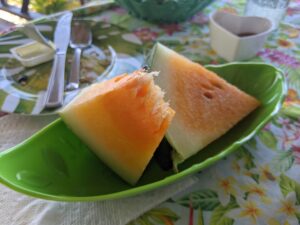 “Ahh. Ok. Thank you. Merci. Maururu,” I replied in three languages. The first language obviously a reflex, the second when I realized I had spoken English and the third when I remembered that Polynesians might not like French, the language of their colonists.

I went back to my breakfast table, squeezed the fruit open to make sure I wasn’t going to bite into a big pit and then took a bite. Interesting! A subtle sweetness and almost creamy interior. Kind of like a plumb, but different. I felt a little like Long Duk Dong trying quiche for the first time in Sixteen Candles. “OK,” I thought. That problem solved. Now why is this watermelon orange?