In July of 2018 Moki and I ventured up Halfmoon Road to the Champion Mill for the first time. It was an adventure! The initial water crossing was daunting after checking the water depth and standing in the creek up to almost my knees. But we made it through without a problem and got up to the mill to took some great pictures. The mill itself is pretty spectacular, with most of it’s original equipment still in place. Ever since I got my drone, I’ve been wanting to go back and get some footage of the outside AND the inside. So finally, I decided to head up and check it out.

It took me a while to pack up my camping gear and we didn’t get on the road until 2:00. That still left plenty of time to get up there and setup a camping site. But as soon as I got to Leadville, I saw how much snow was still on the mountains from our freak summer snowstorn last week and wasn’t so sure. I decided to push on and figured we could camp at a lower elevation and go up to the mill the following morning. But as I started to climb, I realized it wasn’t really that far to go all the way to the mill and decided to go and check it out before I set up camp. When I got about a quarter mile away, I ran into a closed gate with a “Private Property – No Tresspassing” sign. I was bummed. I’d driven 125 miles and 4-wheeled all the way up to see this mill, and I couldn’t get to it.

There was another trail that crossed to the other side of the creek and kept going up. Maybe I could get to the mill from that road. After driving through the creek and crawling up a pretty rough section of road, I decided we’d stop and fly the drone across the valley to get some footage. I wasn’t able to get inside the building but I got some good footage of the outside. Light was going fast so I reeled in the Skydio2 and started down the mountain. The later it got, the lower the temperature got and after getting down into the dark woods below I was not very excited about camping. Clouds were also building which meant no milky way or star photos so I decided to just head back home. Moki curled up on her bed in back and we headed down the mountain back to Denver. Even after getting stuck in traffic due to resurfacing the road in the tunnel, we still got home before 10:00. All in all, a pretty successful daytrip. 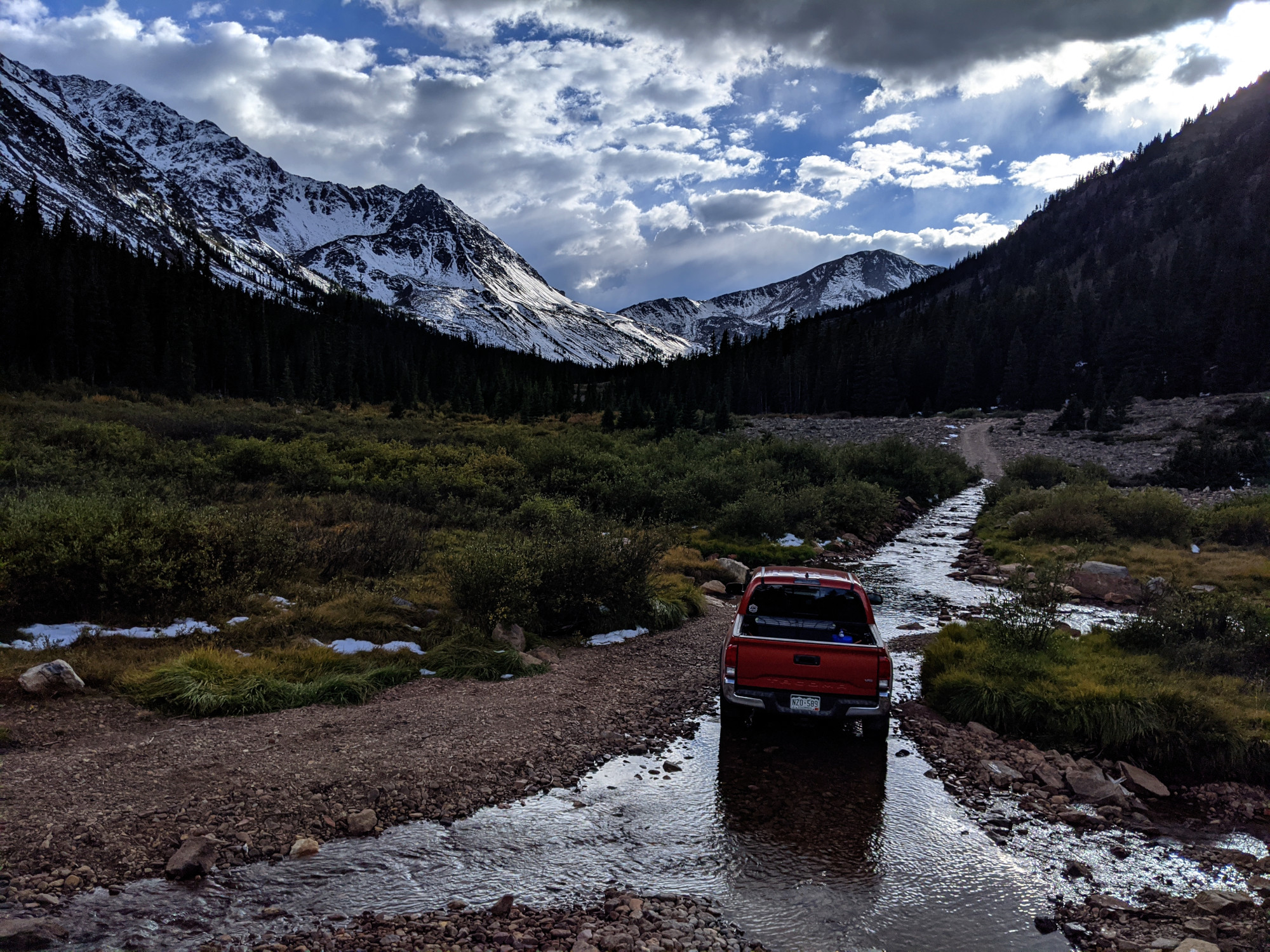 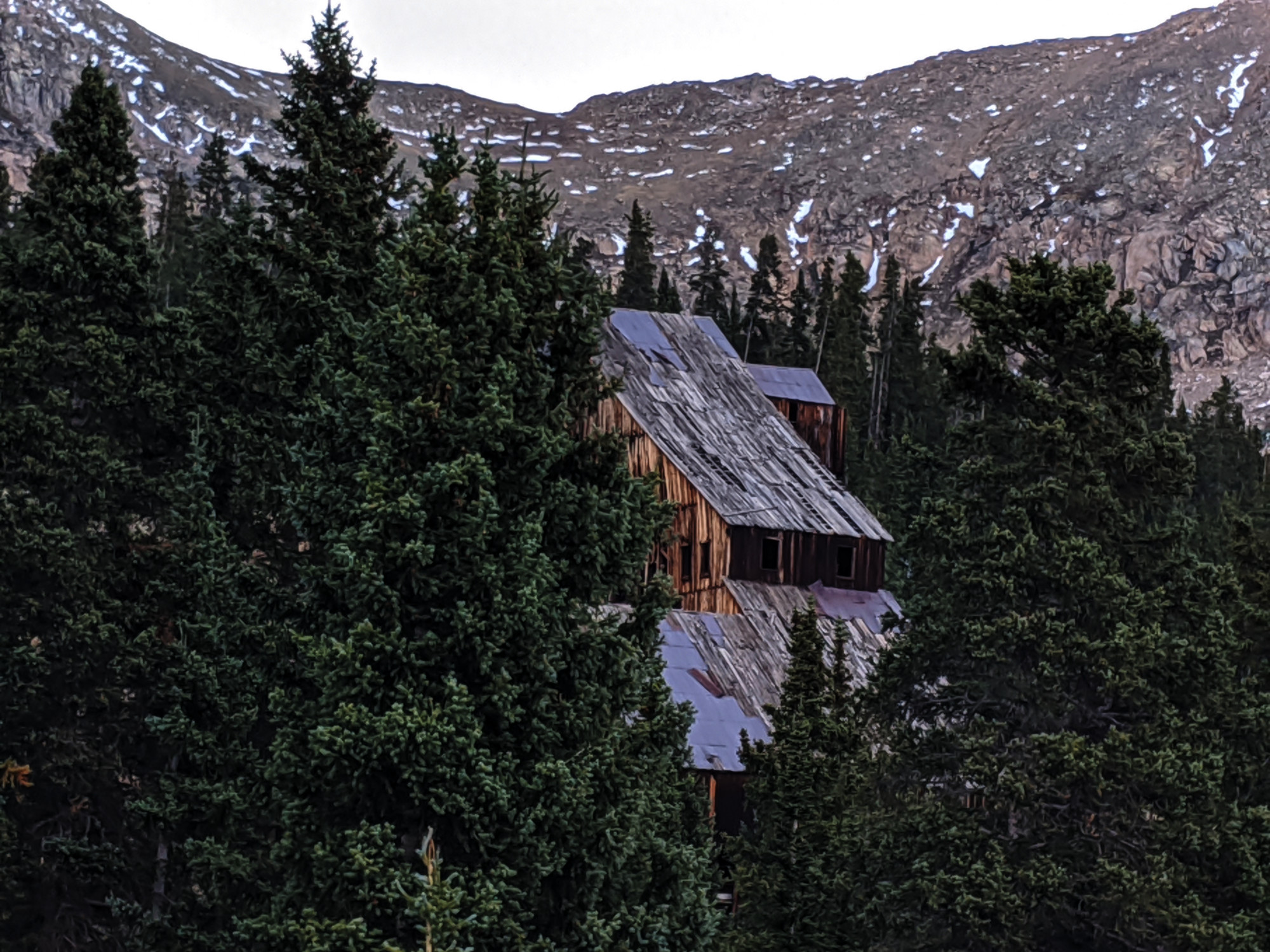 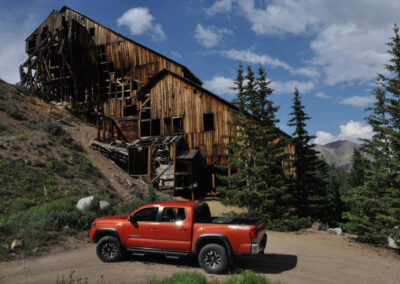 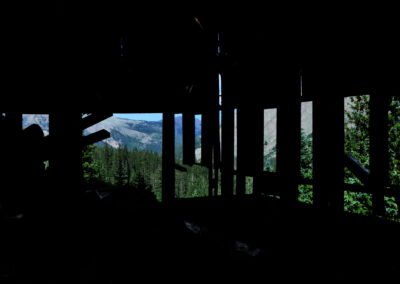 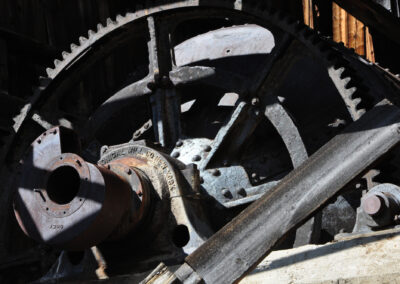 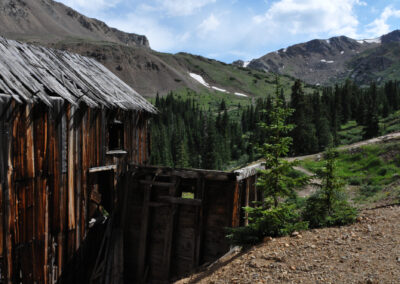 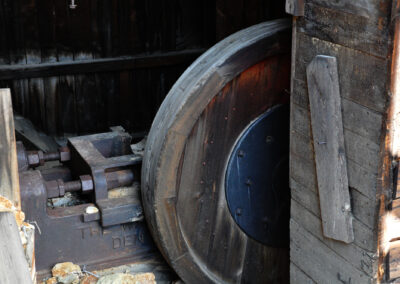 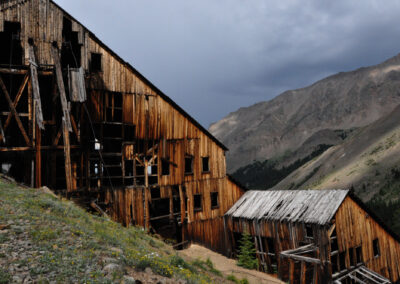 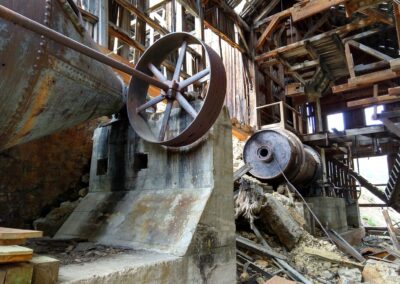 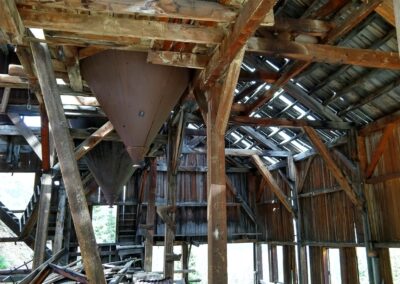 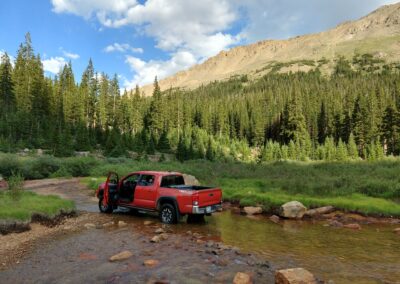 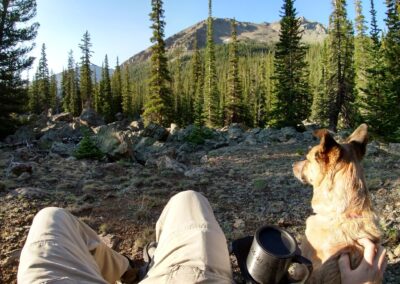 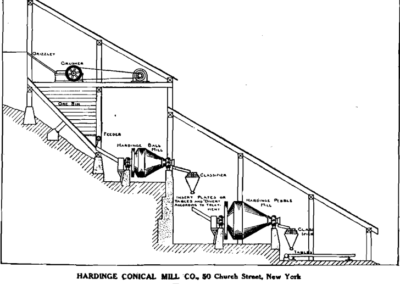 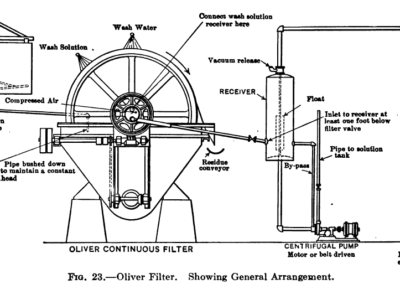 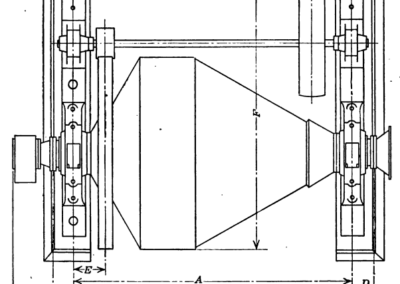