Moki and I decided to get out for a hike today. North Table Mountain looked inviting with a fresh layer of snow on top, so we decided to tackle it once again. There were a few drone skills I’d been wanting to test out, and with the forecast calling for calm winds I decided to bring my new Skydio2. The recent low temps would ensure the trails would be frozen (frozen trails are much better to hike on than mud), but only if we left soon. It was a perfectly sunny day with highs expected to be in the upper 50s, so if we waited too long the hike was sure to be a slushy slog. As soon as the drone batteries were charged, we jumped in the truck and headed out.

It’s only about a 20-minute drive over to the trailhead so even with our relatively late 9:30 departure, we were on the trail by 10:00. North Table Mountain Park encompasses the entire mesa for a total of 1,998 acres so even with a late start on a Friday, it wasn’t very crowded. The initial climb from the West Trailhead is a bit steep, ascending around 500 feet in about a half mile. Once on top though, the trails are mostly over gently rolling hills. We started by turning south and climbing a bit higher along a ridge that crosses above an old rock quarry. After descending a bit, we joined the main trail and headed north to climb to the highpoint of the park, Lichen Peak.

Once on the peak, and ensureing there was no one else around that I’d disturb, I decided to launch the drone and try the shot I’d been wanting to test.  The Cable Cam shot is one of the skills programmed into the drone app. You fly the drone to two different points and set one as A and the other as B. Then all you need to do is adjust how fast you want the drone to fly that line and it takes care of the rest. It can fly the route forward or backwards. I shot it from A to B (forward) and B to A (backwards) in both slow and fast speeds. The result of A to B in fast speed is the opening scene in the video. I was pleased with the outcome.

After stowing the drone in my backpack, we hiked down to the main trail and headed east to the edge of mesa. The entire mesa is surrounded with a vertical wall of rock leftover from ancient lava flows. These rock walls are popular with rock climbers because you can easily scramble to the top to affix your rope, a technique called top-roping. I like the rocks because of their spectacular lichen. In particular, the floressent green lichen on the cliffs just blows my mind. It’s hard to believe nature can make such amazing things. This lichen can be seen briefly in the video.

The drone footage from the east side of the mesa was with the manual controller. I’m still getting used to it, but I’m getting better. In particular I was practicing filming turns. It’s harder than you’d think because the drone doesn’t turn. It flys straight forward, backwards or straight sideways (with the camera pointing forward). There is then the yaw control which spins the drone. So to get a video with the drone flying in a curve, you need to fly forward, initiate slight movement to the left and at the same time gently spin the drone (yaw) to the left. Then once you’ve completed the curve, fly straight again and stop spinning the drone. Needless to say I’m not there yet, but I’ll keep practicing.

In any event, I think this short video turned out pretty nicely and we defintely enjoyed the hike. Take a look and leave a comment if have questions or feedback. Thanks! 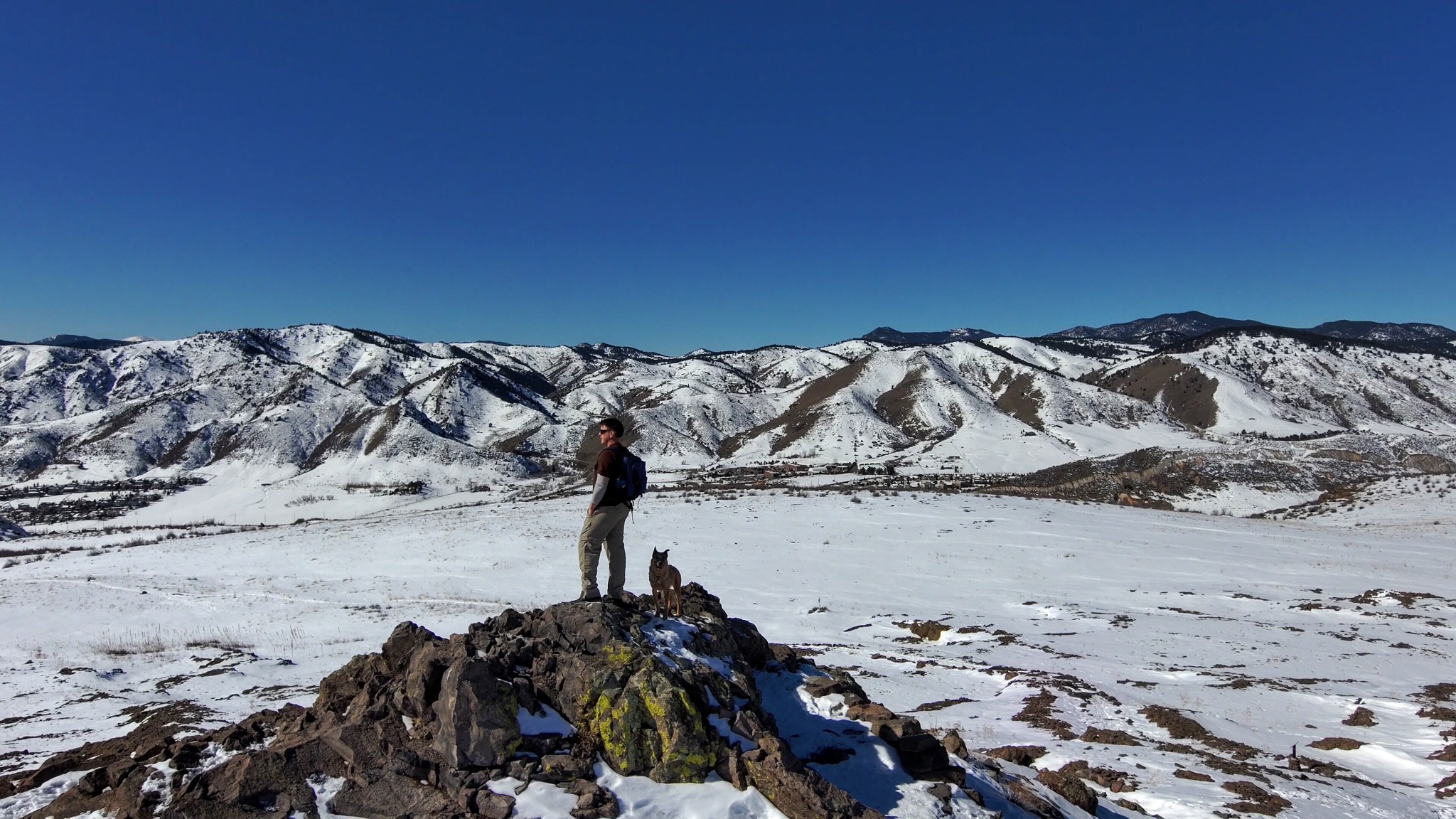