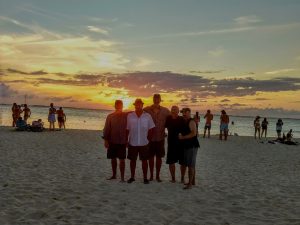 You know how it goes. First a friend moves to another city. Then another gets married and has some kids. The next thing you know it’s been 15 years since you’ve last all gotten together. That was the case with the five of us. So we decided to meet in Mexico for a long weekend on Isla Mujeres.

We all arrived on Friday. After a ridiculously long wait in an immigration line in Cancun, we took a shuttle to the ferry port, then a half hour ride across to the island. The rest of the day we drank what seemed like a hundred beers and called it an early night. I woke up in the outdoor hallway of our hotel, in my underwear, with no key around 1:30 in the morning. No idea how I got there or what I was doing. After pounding on our hotel room door for 10 minutes, I walked down to reception. No one was there. I called out “Hola?” a few times but there was no answer. I went back up to our 6th floor door and pounded on the door some more, contemplated sleeping on a bench and went back down to reception. The night clerk was there and gave me a key (sans ID, obviously). I woke up the next morning with a vague recollection of wandering around the hotel in my underwear. Good times.

The rest of the trip was just as magical. One day we rented a “Grande” golf cart that fit all 5 of us. This was harder than it should be. Most of the carts only fit 4 adults. We walked around to several rental shops and none had a large one. We were even stopped by a hawker on the street who assured us there were no longer any large carts on the island (as one drove by behind him). Finally we found one for rent and cruised to the south end of the island about 4 miles away. On our way back we stopped at an empty beach on the east side (bee-atch) and entertained ourselves by skipping rocks and throwing rocks at a beer can. We of course made it into a competition. We also went fishing one day. Xav caught both barracudas, but was generous enough to let me reel the second one in. The entire long weekend we caught up (Xav to Cartman, “You have kids?”), laughed almost continuously (Donny, “I’m a dribbler, not a shooter.”) and relaxed. Experiences like these are hard to put a price on… Good times indeed. 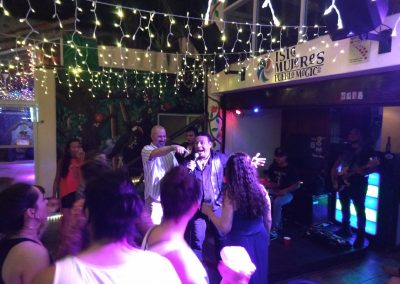 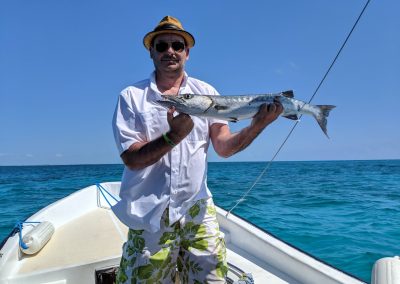 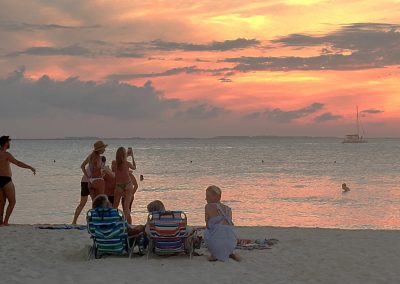 others enjoying the sunset

What? There’s a sunset? 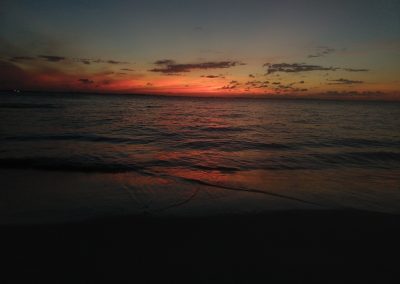 Sunset reflected on the beach. 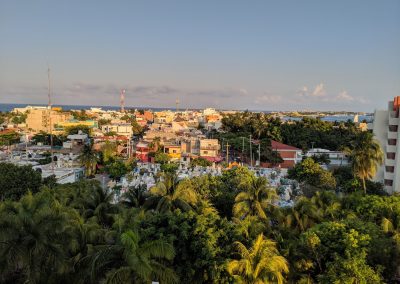 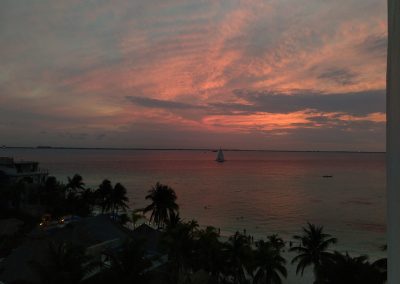 From our hotel’s outdoor hallway. 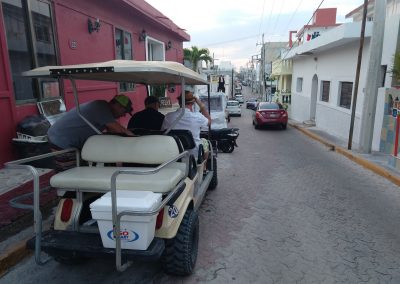 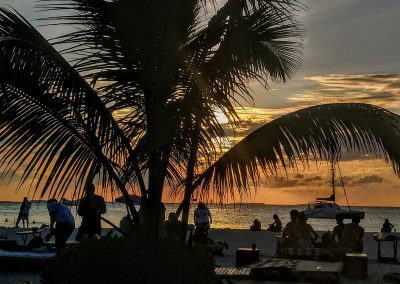 Ahh, this is the life. 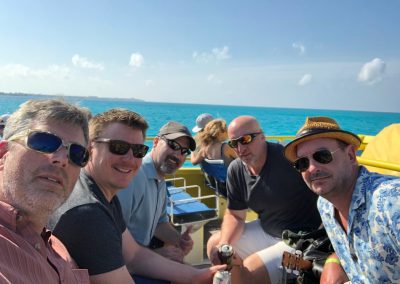 On the ferry ride back to civilization. 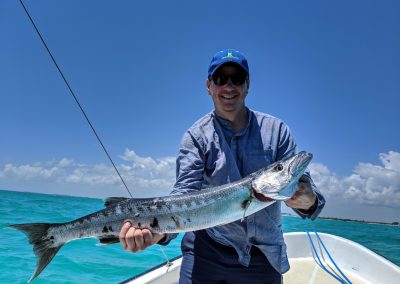 Xav let me reel in the second barracuda he caught. 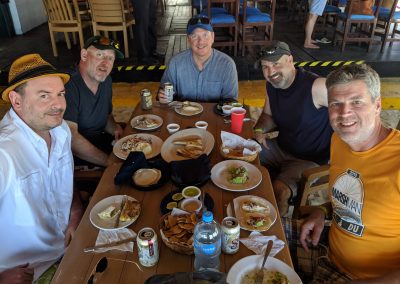 Eating our barracuda fresh off the boat.